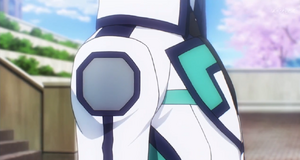 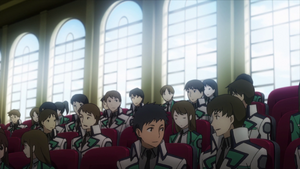 Officially designated as Course 2, Weeds (ウィード) is the name for people who scored in the bottom half of entrants. As opposed to the Blooms with a flower on their uniform, the Weeds do not have it, hence their name. People in Course 2 generally have weaker magical capabilities compared to those in Course 1. Despite this, it is important to note that Course 2 students, especially the ones at First High School which boasts the hardest entrance exam, are still elites at using magic, especially when it comes to using combat magic, which is usually quite simple and requires fewer processes than most other forms of magic.

It would be more accurate to think of Course 1 students as having greater flexibility and complexity in their magical spells and faster invocation speeds, rather than having greater combat ability.

Magic education is a trial-and-error thing and accidents, which go beyond the level of minor mishaps, can easily happen directly through magic slip-ups from practice training and experiments. Students sometimes lose the ability to use magic after such accidents. Such vacant places are filled up by Course 2 Students as replacements. Although accidents resulting in deaths or handicapped bodies have been eradicated due to accumulation of know-how, the number of students who drop out being unable to use magic is not small.

However, the initial division was caused by a mistake in management when First High initially expanded to accommodate 200 students. There were not enough instructors to teach all the students, so it was decided that half would receive immediate instruction while the other half would wait another year. Compounded to that, there was a mistake in uniforms so half had the symbol of First High, a flower, while the other half did not. This gave rise to the misconception that the half without the flower were only replacements for the Course 1 students. However, the teachers that were expected in the second year never materialized and the mistake with the uniforms was covered up by being ignored, leading to the continued division between the students.