Their base of operations is the Public Morals Committee headquarters located directly underneath the Student Council Room. Before Shiba Tatsuya became a member of the committee, the headquarters was always in a state of disarray.

Their primary objective is patrolling school grounds in search of any rule breakers or conflicts. The committee and its responsibilities are heavily reliant on ability, each member holds a high level of combat prowess, which is necessary in subjugating students that break school rules. Their level of activity always increases greatly during the Recruitment Week at the beginning of every school year.

The Chair of the committee has the power to recognize a formal match between two students as a legitimate extracurricular activity by the abidance of school rules. This is a measure to prevent the match from becoming a brawling incident — an act of violence forbidden by the school rules. This also encourages students to settle disagreements that can't be settled by words alone with force. These formal matches increased during Watanabe Mari's time as the Chair of the Public Morals Committee.

Excluding the Chair of the committee, there are a total of 9 positions that can be filled in. While the Student Council President is elected by the student body, the other members are appointed by the president. With a few exceptions, the president has the right of appointment and removal for all student officers and even has authority over all other committee chairmen. The Chair of the Public Morals Committee is one of those exceptions. The Student Council, the Club Management Group, and the teachers each choose three representatives to determine these nine positions. These committee members will appoint the chairman. The chairman has the power to withdraw recommendations if the person recommended was involved in a previous conflict or rule breaking.

Under Mari's leadership, the members recommended by the Student Council and the Club Management Group aren't people brainwashed into the whole "blooms being vastly superior to weeds" thinking. Unfortunately, the three students recommended by the teachers are more likely to have this mindset. 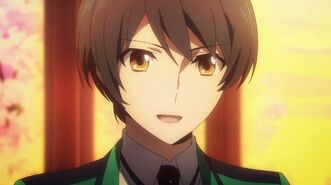 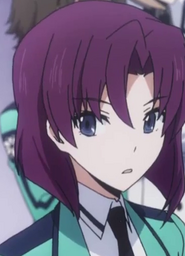 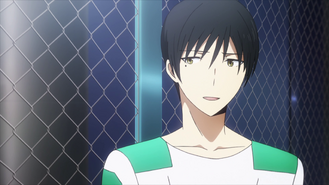